Belfast: Being Young in a Divided City: Belfast_BYiaDC_07 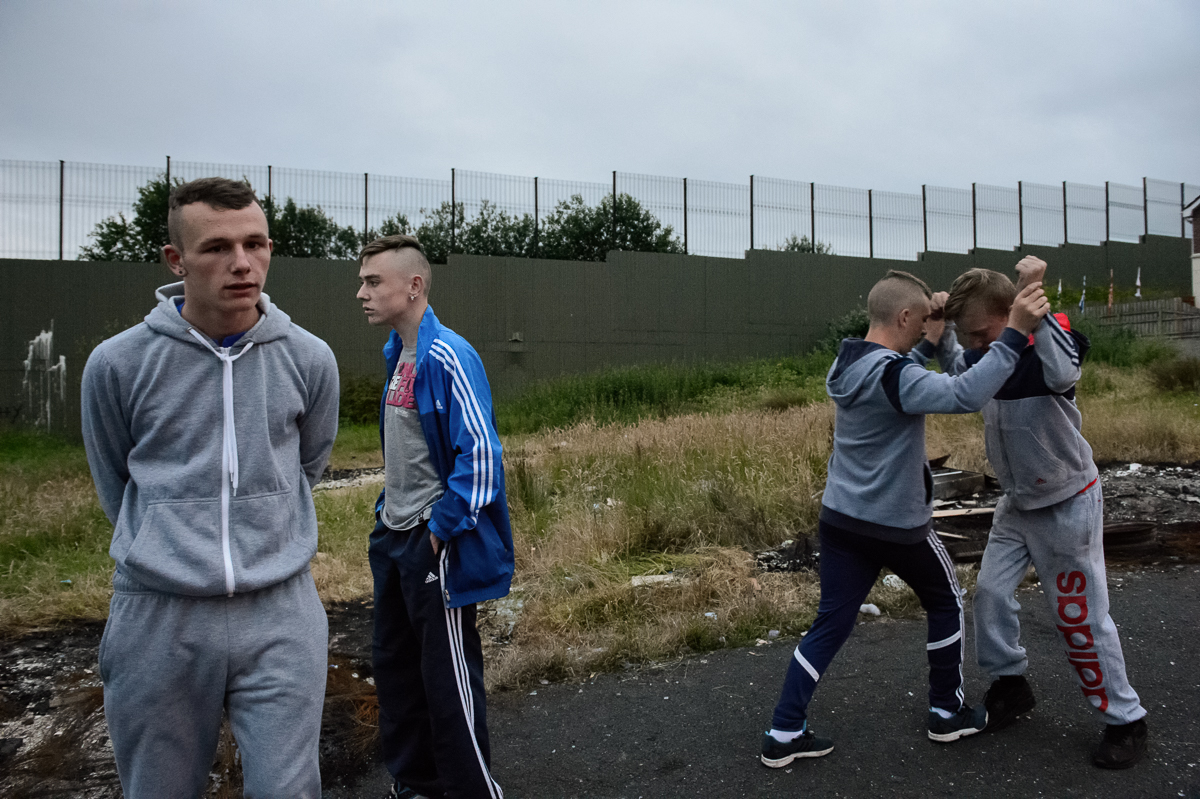 Young people near a so-called peace wall in north Belfast separating the Protestant Glenbryn area from the Catholic Ardoyne area on the other side. "Taking peace walls away is not going to take bitterness away" said Michael (left), 19. "The walls prevent a clash, the bitterness bounds off on them. They shouldn't come down over the next 100 years, there's still too much pain. Belfast is still totally a divided city."