Belfast: Being Young in a Divided City: Belfast_BYiaDC_08 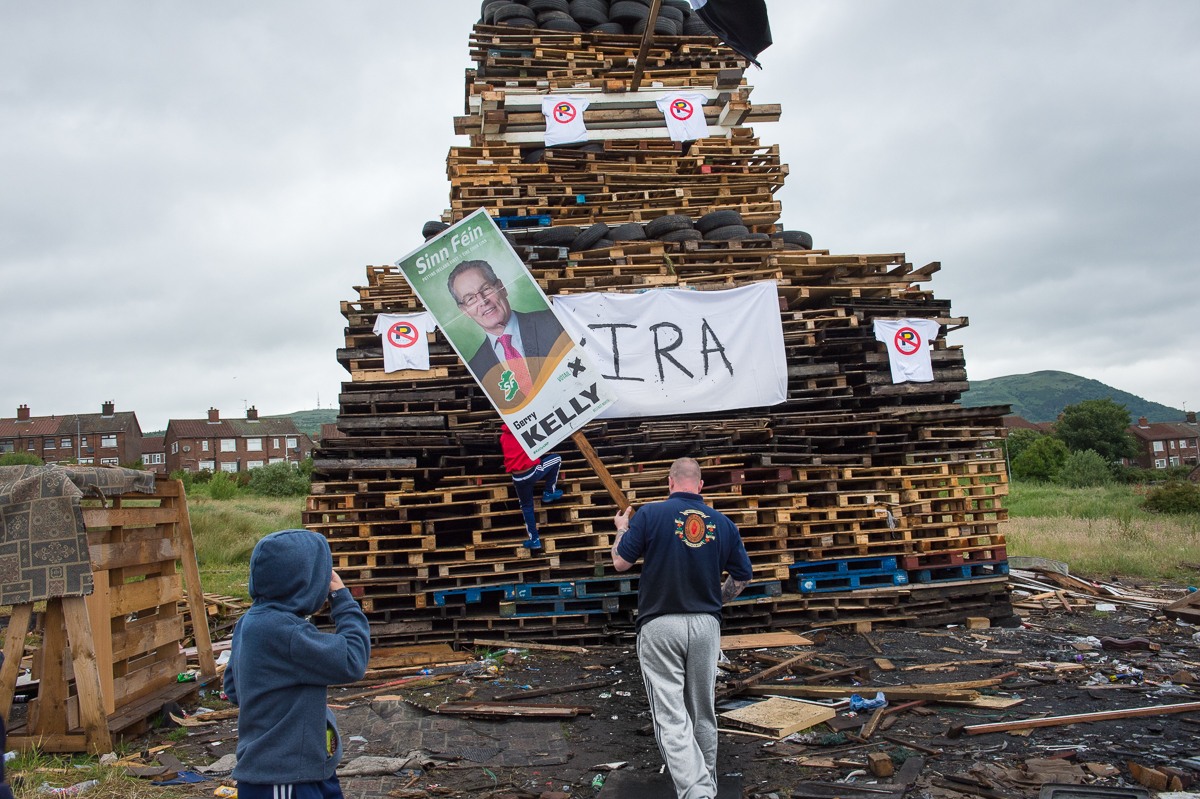 A young man wearing a uniform shirt of the Pride of Ardoyne Flute Band — one of the many loyalist bands in Belfast, some of which are linked to paramilitary groups — adds an election poster of a Sinn Féin politician to a finished bonfire in the Protestant Glenbryn area of north Belfast. Other hated symbols on the bonfire are a banner referring to the IRA and signs protesting restrictions on marching parades by the Parades Commission -an official bipartisan parade watchdog.

Bonfires are traditionally lit in Protestant areas on the "Eleventh Night" of July to commemorate the victory of the Protestant William of Orange over his Catholic father-in-law King James II at the Battle of the Boyne in 1690. Preparations start months before with the collection of pallets and other materials like rubber tires. The bonfire is followed on July 12 by a large parade held by the Orange Order — a Protestant fraternal organization — and loyalist marching bands. The "Twelfth" as it is called is a tense period. Many Catholics consider the celebrations a display of sectarian triumphalism whereas for many working-class Protestants they are an essential expression of their cultural identity.