Belfast: Being Young in a Divided City: Belfast_BYiaDC_10 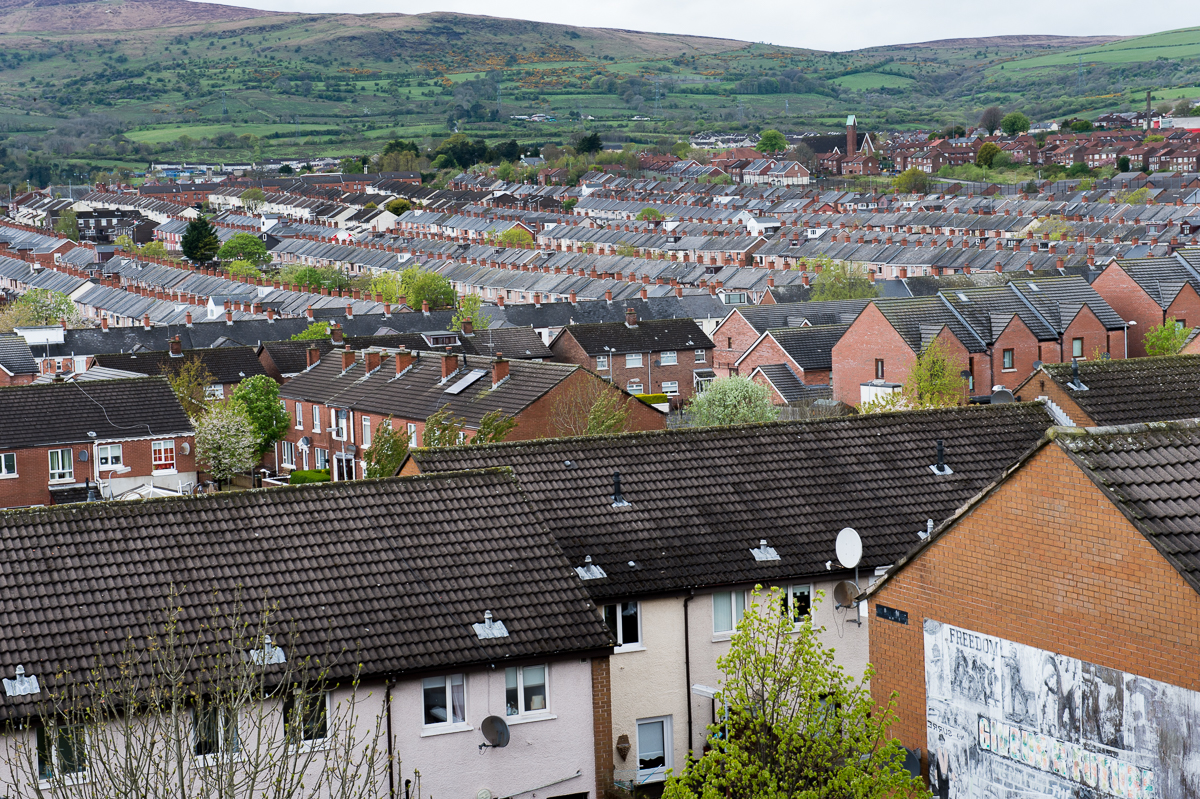 A view over the Ardoyne area of north Belfast, a small Catholic enclave that experienced a lot of violence during the Troubles. West Belfast is mostly Catholic, the east mostly Protestant, the south is the most affluent with pockets of Protestant working-class units and north Belfast is a patchwork of Catholic and Protestant areas.