Belfast: Being Young in a Divided City: Belfast_BYiaDC_12 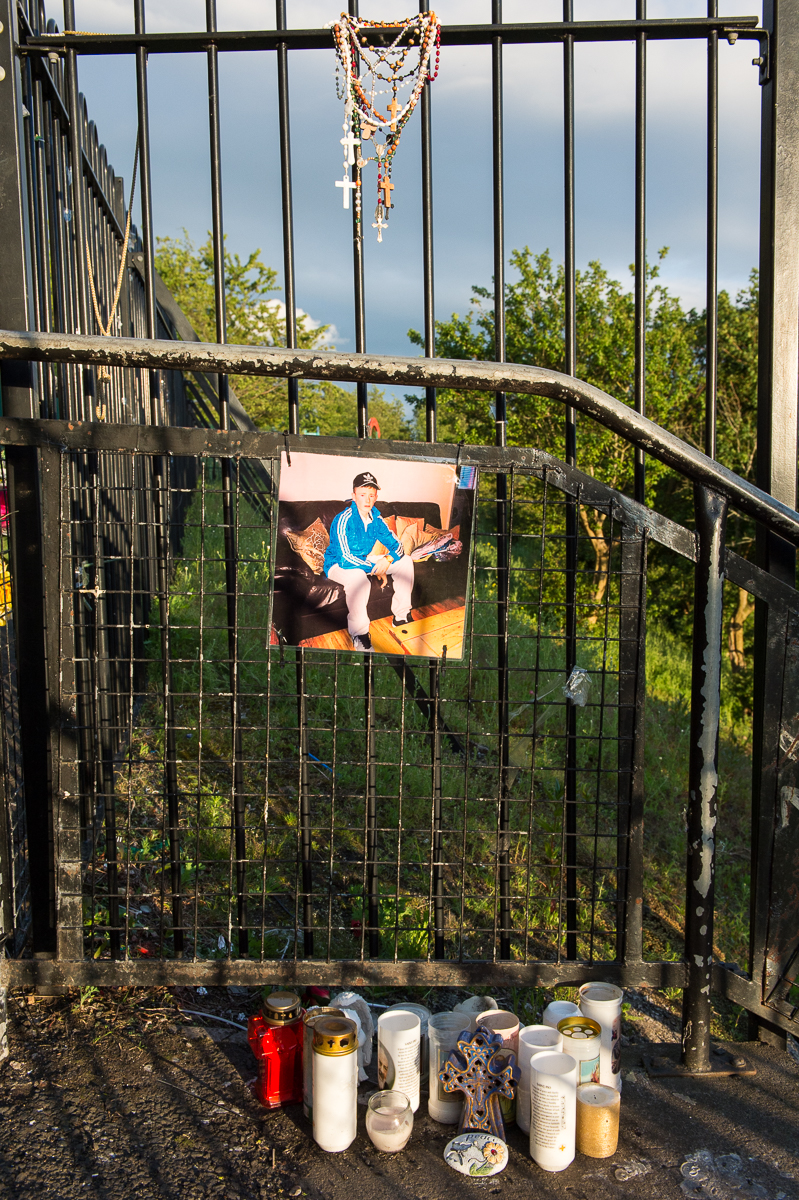 Shrine to a teenage suicide victim in the Catholic Ardoyne area of north Belfast. Northern Ireland's suicide rate is the highest in the UK and it continues to rise.

Disadvantaged areas, in particular north and west Belfast, experience higher suicide rates and young men are particularly affected. Suicide is a complex issue with many possible causes. Research has shown that in Northern Ireland exposure to trans generational trauma may be an influencing factor in suicide by young people. Parents who are suffering from trauma related to the conflict can pass it on to their children.