Belfast: Being Young in a Divided City: Belfast_BYiaDC_22 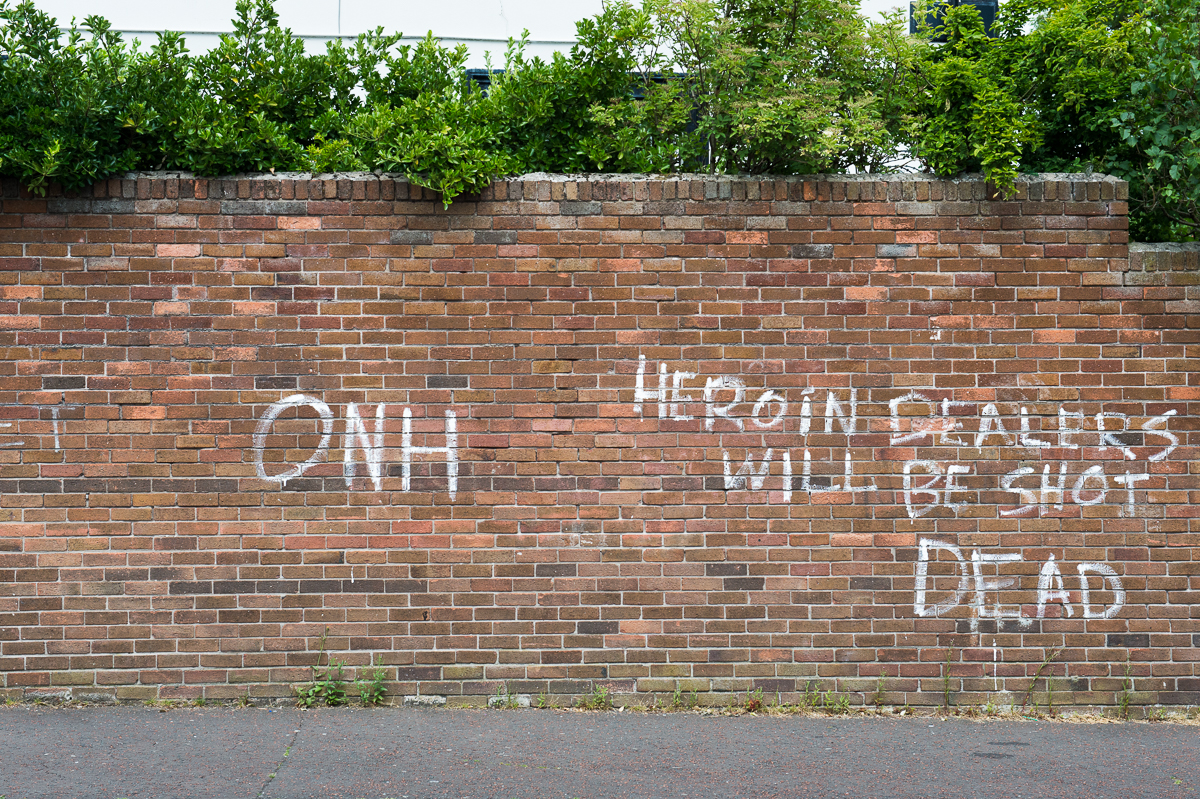 Graffiti threatening heroin dealers on a wall in the Catholic Falls area of west Belfast. The graffiti is signed by Oglaigh na hEireann (ONH) - soldiers of Ireland - a small dissident republican paramilitary group.

Paramilitary activity is an enduring legacy of the Troubles. Paramilitary groups are involved in drug trafficking, protection rackets and other criminal activities. The paramilitary groups continue to recruit young people, often through coercion or in payment for drug debts. They also engage in vigilante policing and pretend to protect their communities from alleged anti-social behavior and petty crime with their violent attacks. People, including children, from both communities have to cope with the intimidations, beatings, shootings and expulsions out of the area by the paramilitaries of their own community.