Belfast: Being Young in a Divided City: Belfast_BYiaDC_23 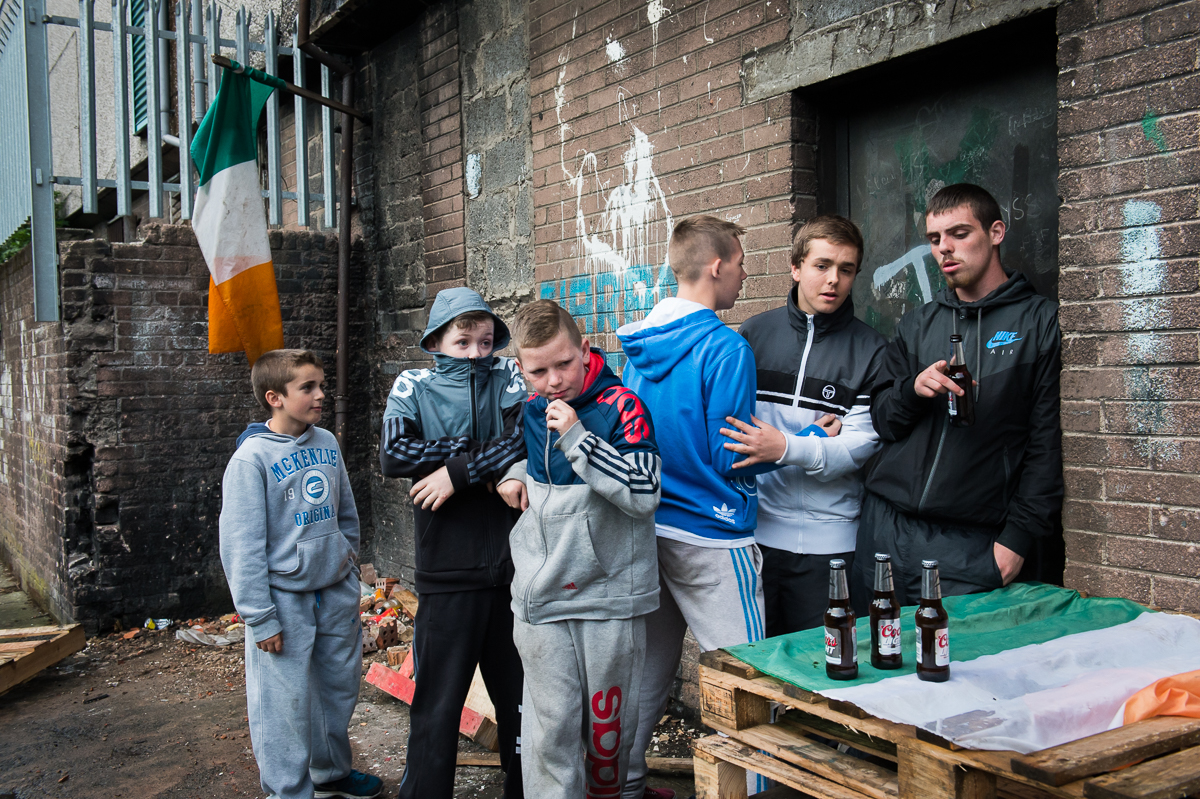 Surrounded by Irish flags, teenagers hang out in the Catholic New Lodge area of north Belfast. The tricolor flag, the national flag of the Republic of Ireland, is a symbol of republicanism.

North Belfast is among the most socially and economically deprived areas in northern Ireland. It was also an area that experienced some of the worst violence. A large part of its population has been directly affected by the Troubles and the area remains deeply divided.