Belfast: Being Young in a Divided City: Belfast_BYiaDC_25 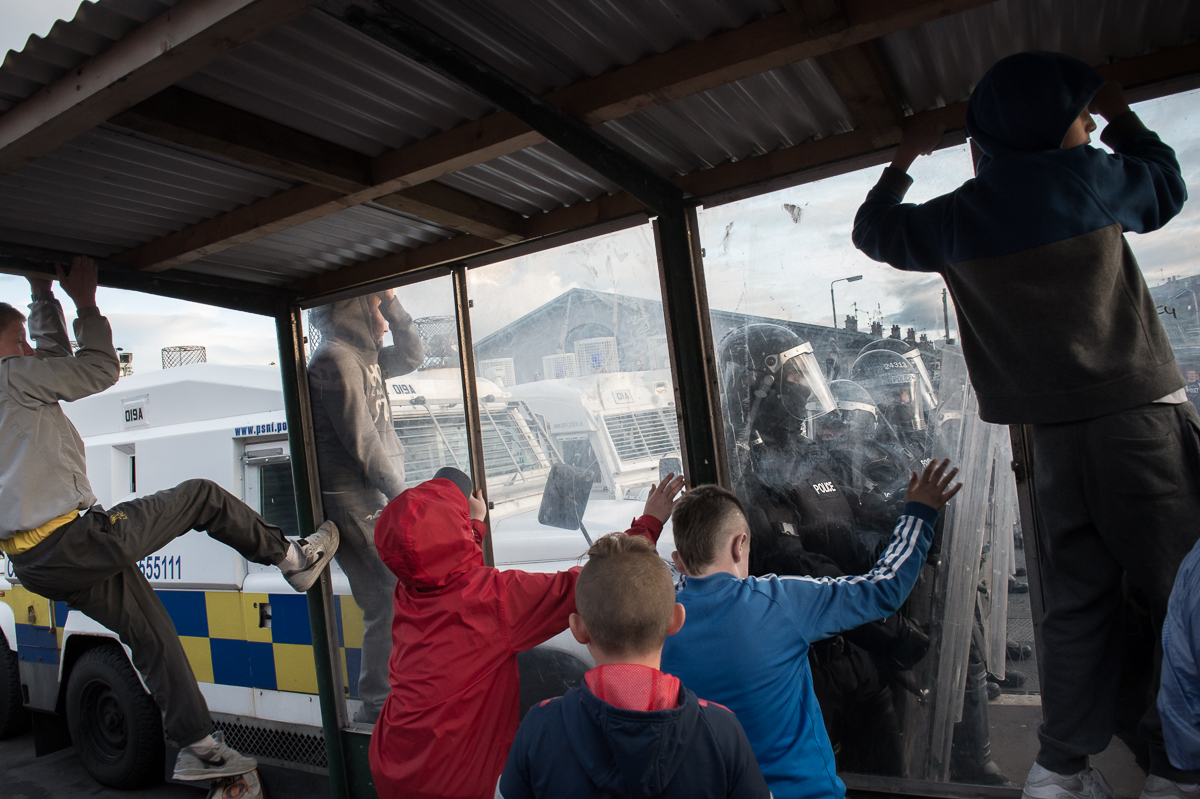 A standoff between police and protesters on an interface — a boundary between a Protestant and Catholic area — in north Belfast. On its return from the annual Twelfth of July parade, the highlight of so-called summer's marching season, the Orange order was banned from marching on a stretch of road that passes through the Catholic Ardoyne area. Police dressed in riot gear form a dividing line between Protestants rioting against the ban and Catholics protesting the contentious parade as a display of sectarianism. Tension mounted on the Catholic side when a teenage girl was trapped under a car driven in the crowd by an Orangeman. Here youths from the Catholic Ardoyne area are seen clambering on a bus stop to get a better view of the incident.

Loyalist marching season runs from April to September and has been a recurrent source of tension and violence between the Protestant and Catholic communities.