Belfast: Being Young in a Divided City: Belfast_BYiaDC_27 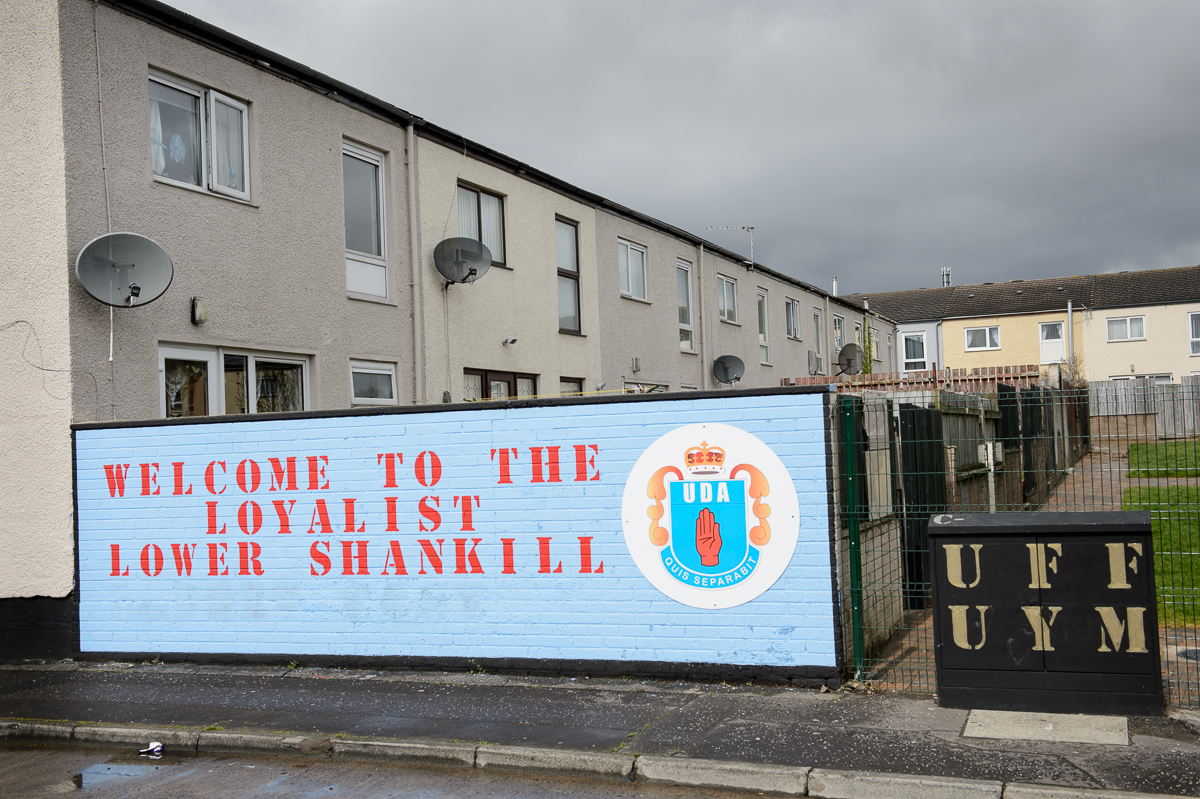 A mural indicating the presence of the UDA (Ulster Defence Association) paramilitary group in a housing estate in the Protestant Lower Shankill area in west Belfast. Next to it a smaller sign with the acronyms UFF and UYM can be seen. The paramilitary group UDA was proscribed as a terrorist organization in 1992. Earlier on, in 1973 the UFF (Ulster Freedom Fighters), a cover name used by the UDA when conducting operations, was outlawed. The Ulster Youth Militants (UYM) is the youth branch of the UDA. UDA/UFF terrorists were responsible for hundreds of deaths — most of them Catholic civilians — during the Troubles.

Paramilitary activity is an enduring legacy of the Troubles. Paramilitary groups are involved in drug trafficking, protection rackets and other criminal activities. The paramilitary groups continue to recruit young people, often through coercion or in payment for drug debts. They also engage in vigilante policing and pretend to protect their communities from alleged anti-social behavior and petty crime with their violent attacks. People, including children, from both communities have to cope with the intimidations, beatings, shootings and expulsions out of the area by the paramilitaries of their own community.