Belfast: Being Young in a Divided City: Belfast_BYiaDC_29 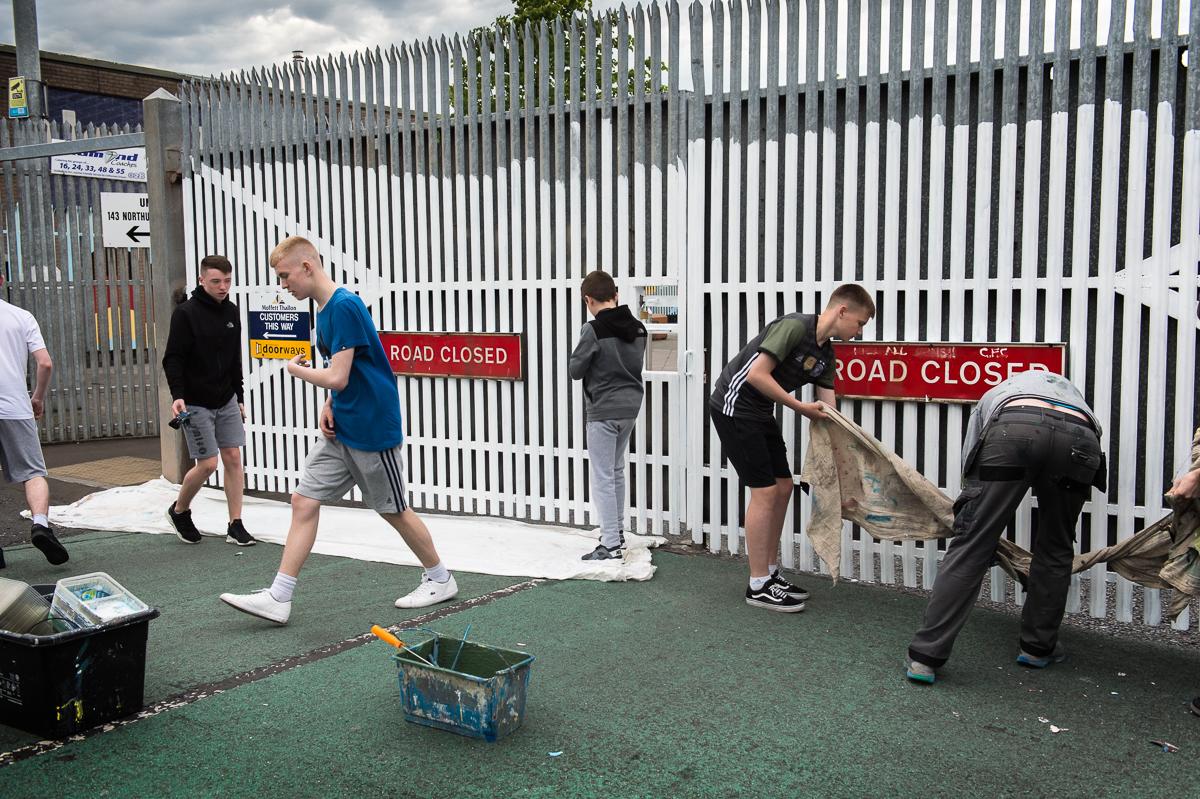 Young people participating in a cross-community project by a youth club in the Catholic Divis area in west Belfast, gather to decorate both sides of a gate between Protestant Shankill and Catholic Falls road. Every night the gate closes at 6.30pm.