Belfast: Being Young in a Divided City: Belfast_BYiaDC_30 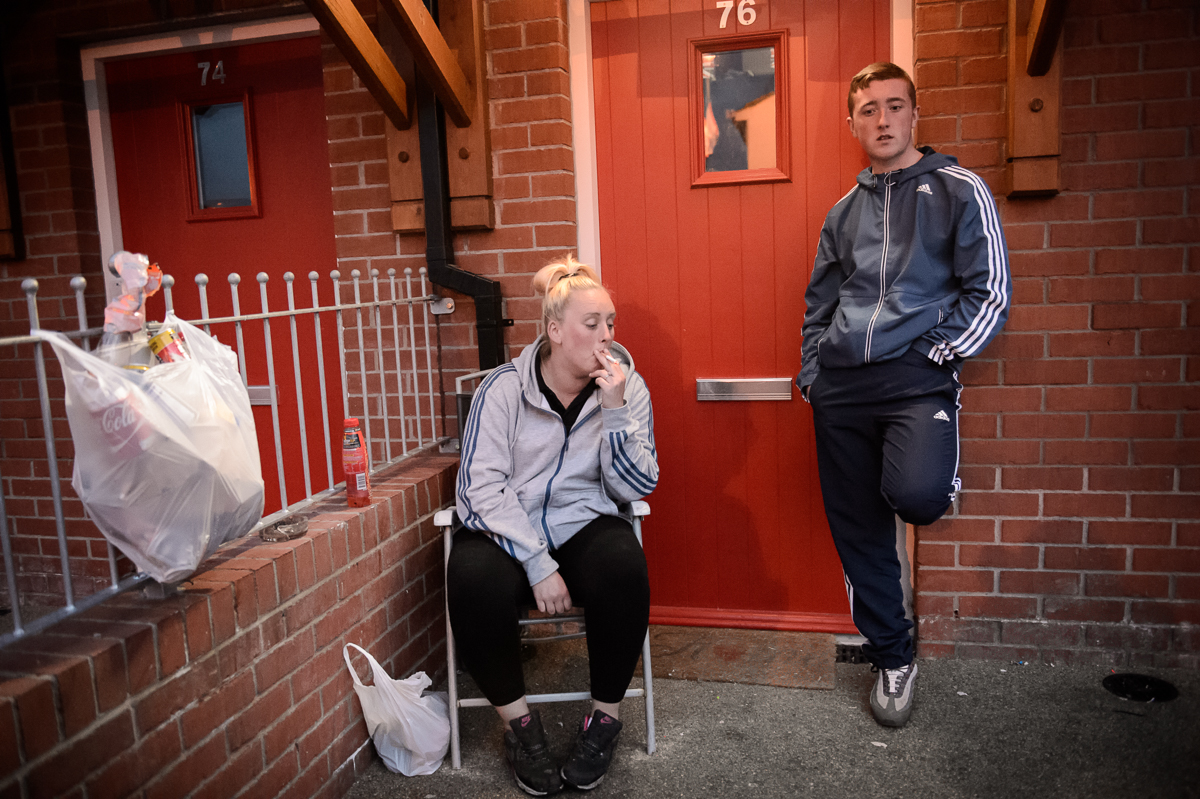 Ashley, 26, smokes a cigarette outside her home while her boyfriend's brother Dylan, 16, stands next to her in the Protestant Lower Shankill estate in west Belfast. Ashley's family was heavily involved in the UDA (Ulster Defence Association), a loyalist paramilitary group. During the feuds among different factions of the UDA in 2001 her family was expulsed by another faction and they now live in England. After some time Ashley and her mother were allowed by the paramilitaries to come back.