Belfast: Being Young in a Divided City: Belfast_BYiaDC_35 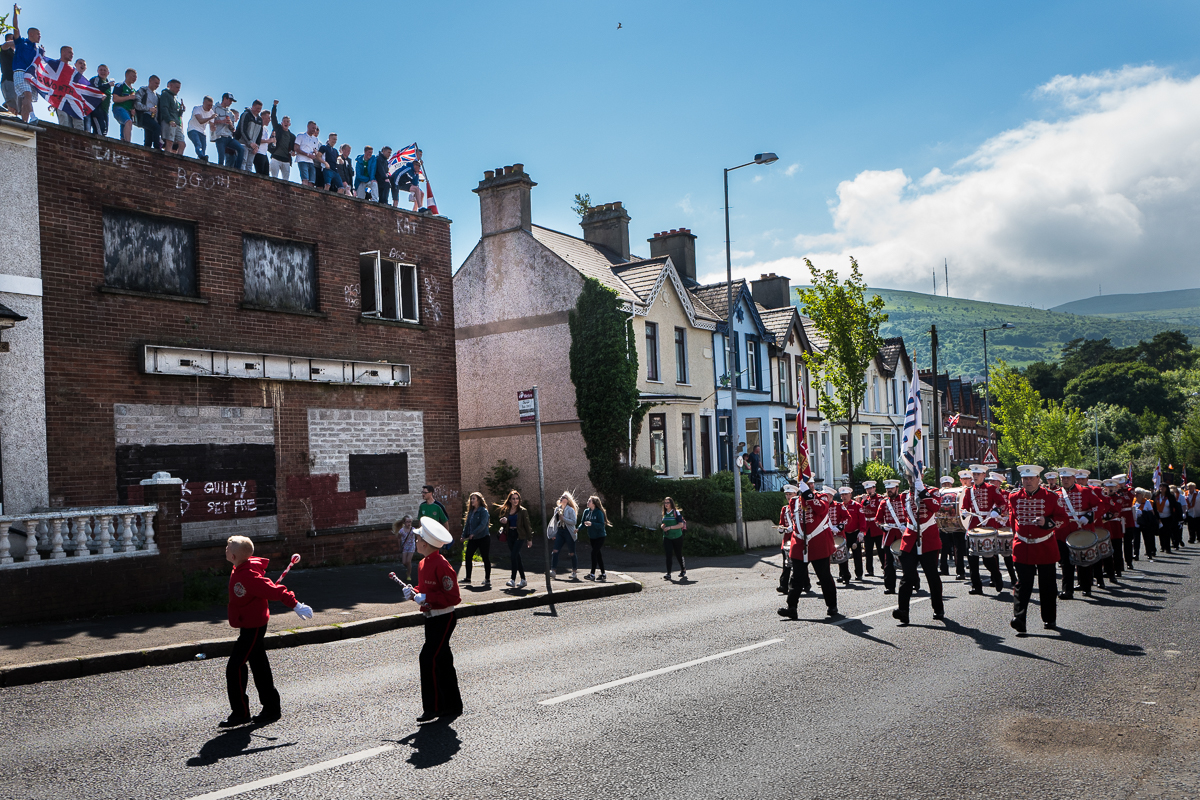 Young people watch the Whiterock parade from the roof of a derelict building in the Protestant Woodvale area of north Belfast. Parades are an important part of the culture of Northern Ireland, particularly — but not exclusively — in the Protestant loyalist community. The annual Whiterock parade organized by the Orange Order — a Protestant fraternal organization — is contentious. Loyalist marching season runs from April to September and has been a recurrent source of tension and violence between the Protestant and Catholic communities. Some bands have been associated with paramilitary groups. During the marching season there is a surge of identity said Trevor Greer, a community worker in the Protestant Roden Street area in south Belfast. "Young people become super Protestants or super republicans. And in September they go back to normal".