Belfast: Being Young in a Divided City: Belfast_BYiaDC_37 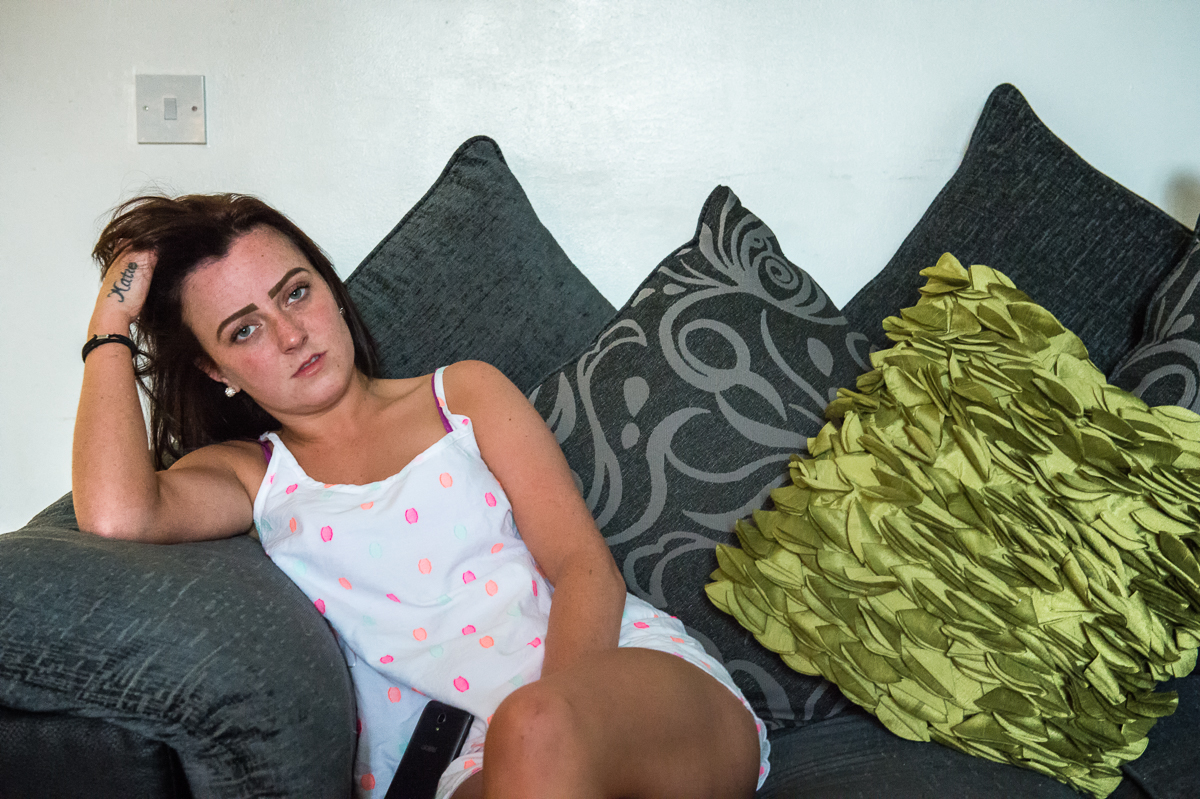 Megan, 24, at home in the Protestant Lower Oldpark neighborhood in north Belfast. The father of the oldest of her two children, took his life after intimidation and threats by paramilitaries. A few years later, members of a another paramilitary group trashed her house after having accused her boyfriend of joyriding. She is unemployed and struggles to get by on social welfare. "There are no jobs" she said.