Belfast: Being Young in a Divided City: Belfast_BYiaDC_42 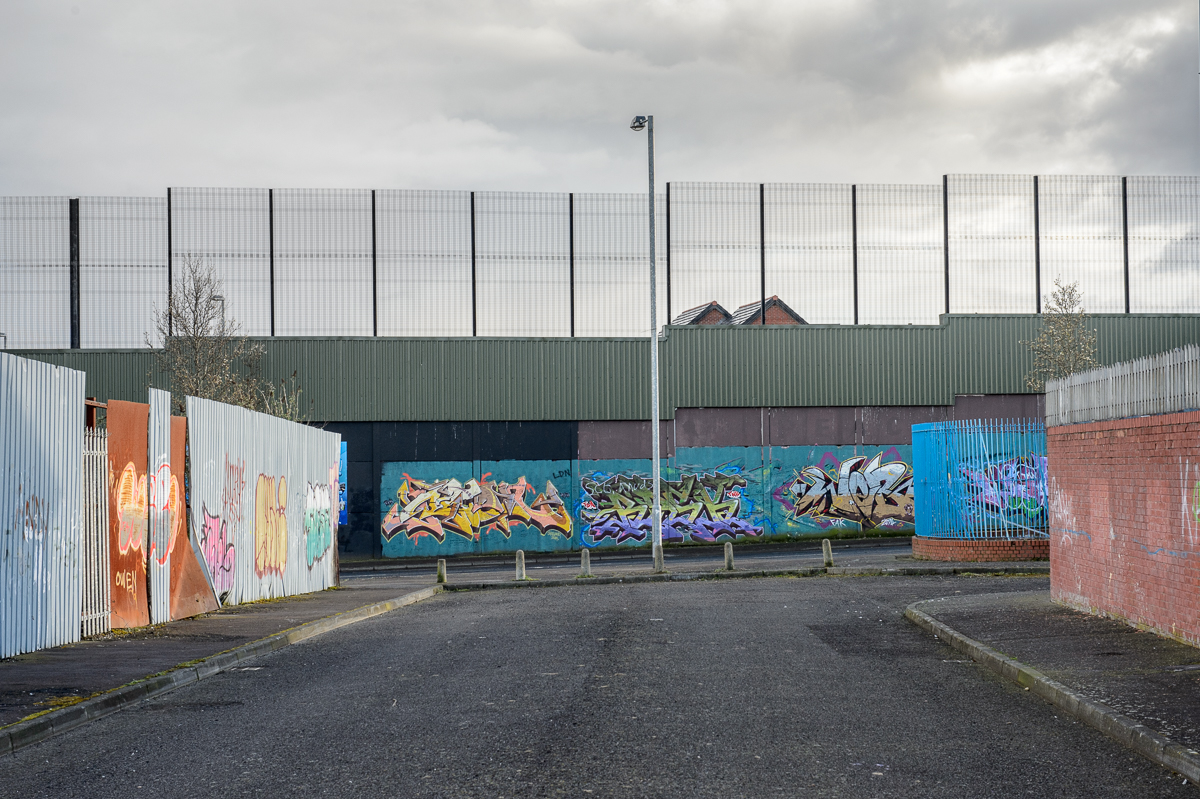 Graffiti on a section of the so-called peace wall along Cupar Way in west Belfast, as seen from the Protestant side. The eight-meter-high concrete and corrugated iron partition separating Catholic Falls and Protestant Shankill areas of west Belfast, is the city's oldest and most imposing segregation wall.