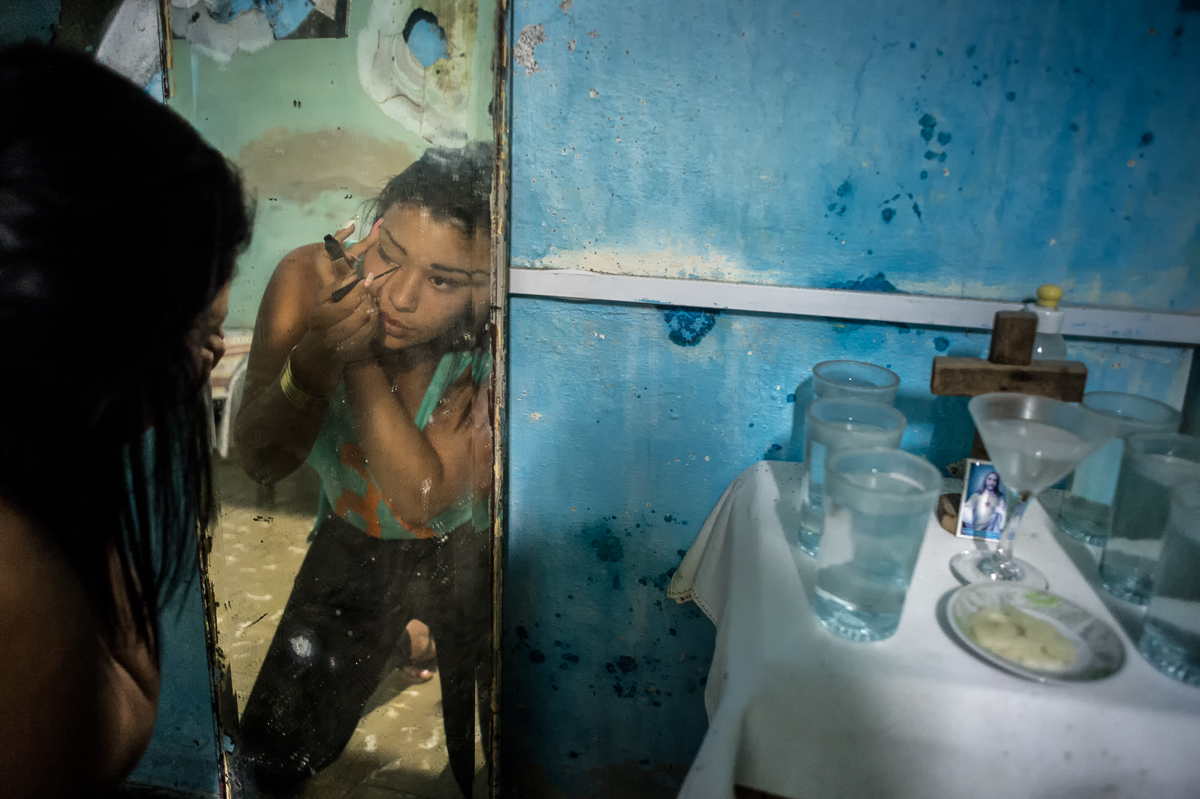 Regla, Havana Arianna Gusmán Peña, 19, applies make-up in the bedroom of the house she shares with her mother in Havana's Regla municipality. Next to the mirror stands a Santeria shrine, called bóveda espiritual, with water-filled glasses to honor the dead as spirits who guide the living. Santeria is a syncretic Afro-Caribbean religion that grew out of the slave trade in which the African beliefs were merged with Roman Catholic elements imposed by the Spanish.