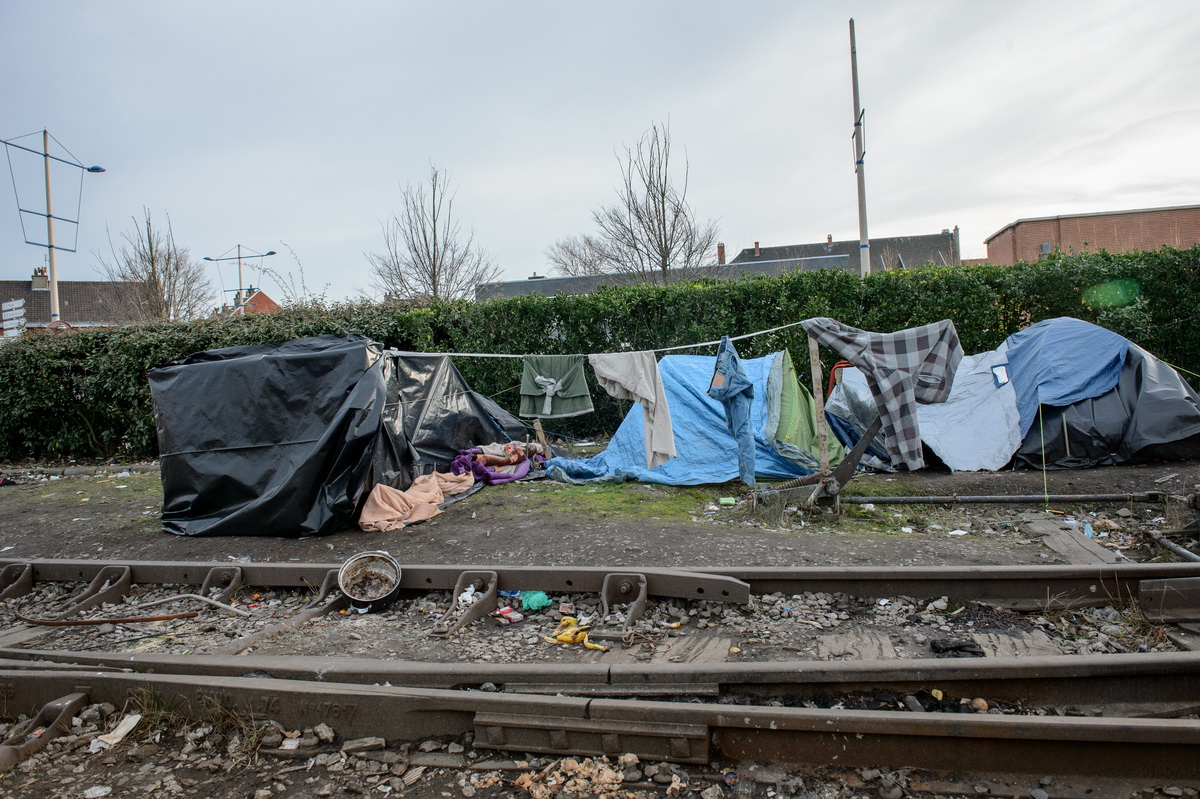 
Calais, February 2014 Tents stand on a disused railway line in Calais just beside the main port from where ferries leave for the UK. The tents are reinforced against the elements by plastic sheets, tarpaulins, wooden pallets and railway line ballast. In May 2014, police used bulldozers to dismantle three makeshift camps around the town, claiming that an outbreak of scabies threatened public health. Since then, several new camps have sprung up to shelter the refugees and migrants who keep arriving in increasing numbers.