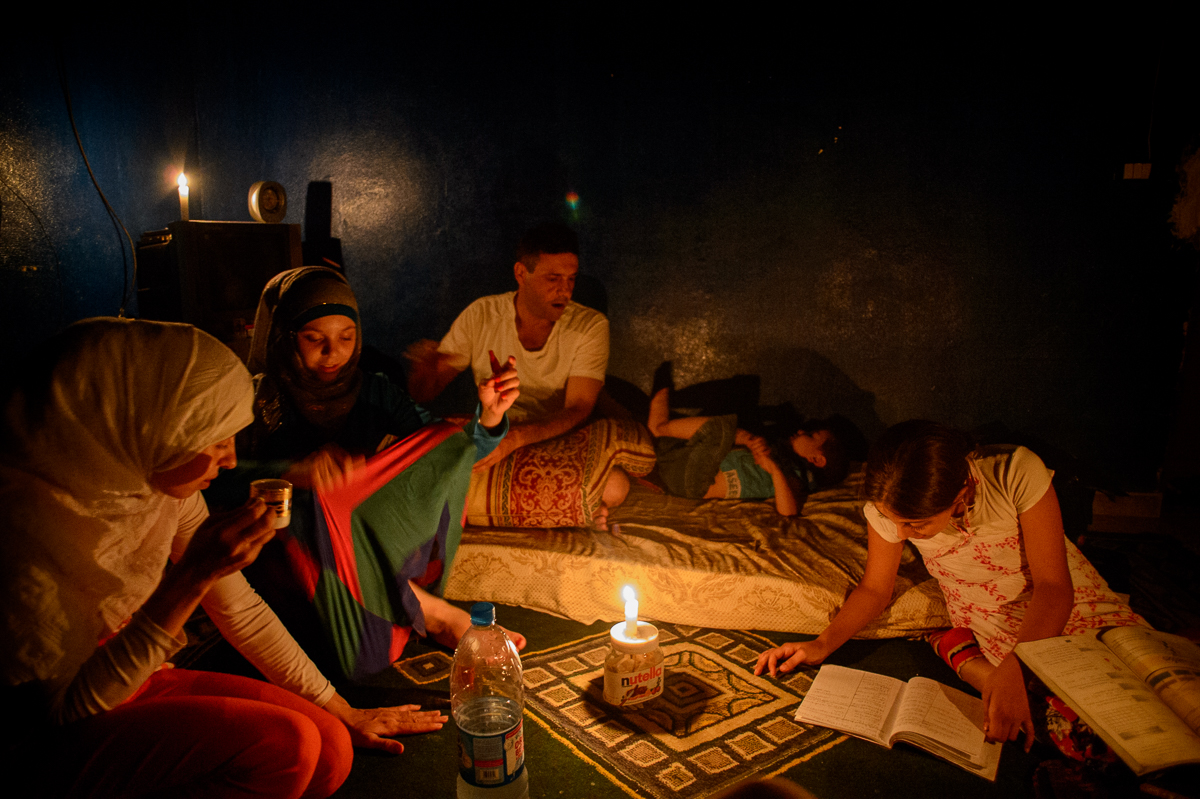 During one of the frequent power cuts in Shatila, Marwa Hazineh (13) and her family sit together by candle light in their windowless apartment. Like most Syrian Palestinians fleeing to Lebanon, the family came from Yarmouk refugee camp in the south of Damascus. Yarmouk, which used to be home to about 150 000 Palestinians, was more a small city than a camp. As the area became the scene of intense fighting, the family lost everything and fled.